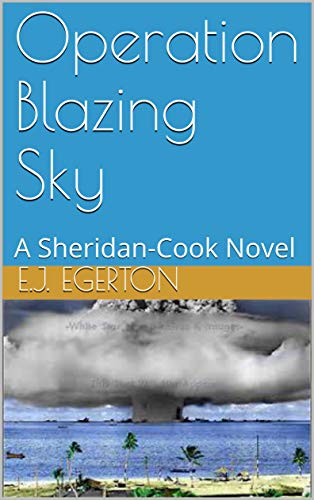 The action in Operation Blazing Sky takes place four days after the thrilling conclusion of events in The Dahlem Initiative.
After being home for a few days Joshua Sheridan and John Cook of Alsos, the counter-intelligence arm of the Manhattan Project, are sent to Hungnam in Northern Korea.

Their mission is to prevent a successful test of a Japanese developed atomic bomb. Allied intelligence has ignored the Japanese program to their peril, but now this bomb could change everything in the Pacific.

They are joined by an OSS operative, Jay Higa, a Sensei American spying in China and Korea. The Japanese plan to use the bomb to destroy the American invasion fleet assembling in the Ulithi atoll. The Soviet Union also wants the Japanese nuclear technology and personnel and have sent an NKVD team to capture it.

This is a demo store for testing purposes — no orders shall be fulfilled. Dismiss